It took me approximately 20 years to take the photo below of a Proboscis monkey jumping into a river. I’ve got plenty of near misses over the years but I’ve always had an aim to capture the exact moment that one made contact with the water with a reflection. 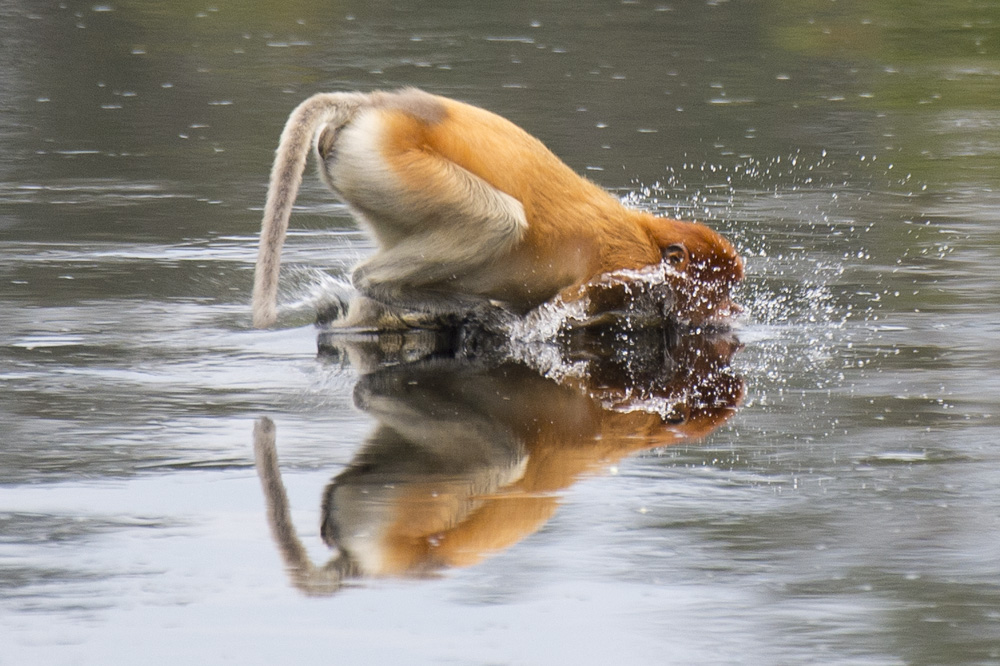 The problem is having an idea for a photo and being able to execute it. Firstly these primates don’t jump into rivers that much – I’ve only ever witnessed this behaviour about a dozen times over the last couple of decades. Why did the monkey cross the river anyway ? No one knows for sure why Proboscis monkeys even bother to cross the rivers. They mainly eat leaves and there are plenty of these on both sides of the rivers in Borneo. Add in the fact that crocodiles are one of their main predators and it makes their actions even more curious. But they are also one of the best swimmers in the primate world with slightly webbed hands to aid their water exploits. Last week heading upstream on one of my Borneo orangutan fundraising trips I spotted one about to leap into the water quite low down. We stopped the boat and waited and sure enough were rewarded with the beautiful sight of five of them jumping into the river one after the other. Five chances at this shot. I used a Nikon D4 with a 500mm lens, F5.6, 1/2000th sec; manual setting; back button focusing with 11 focus points set and followed each monkey as they hurled them selves into the water. On shot number four I achieved the above photo. Below are some before and after shots and near misses. There’s more photos of flying Proboscis monkeys here and also some more detailed information about the ecology of these primates here. 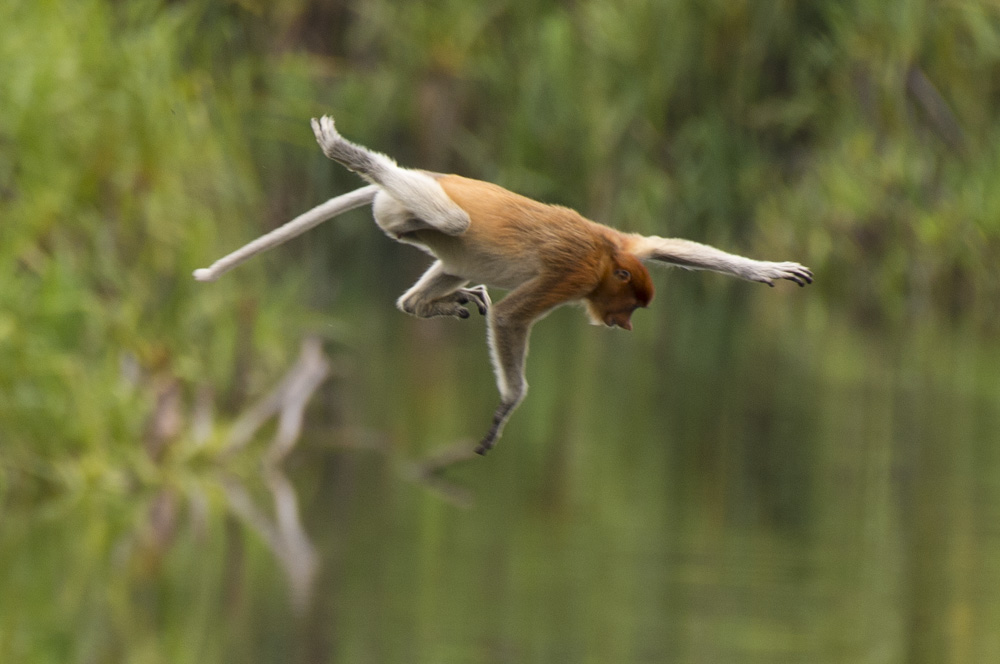 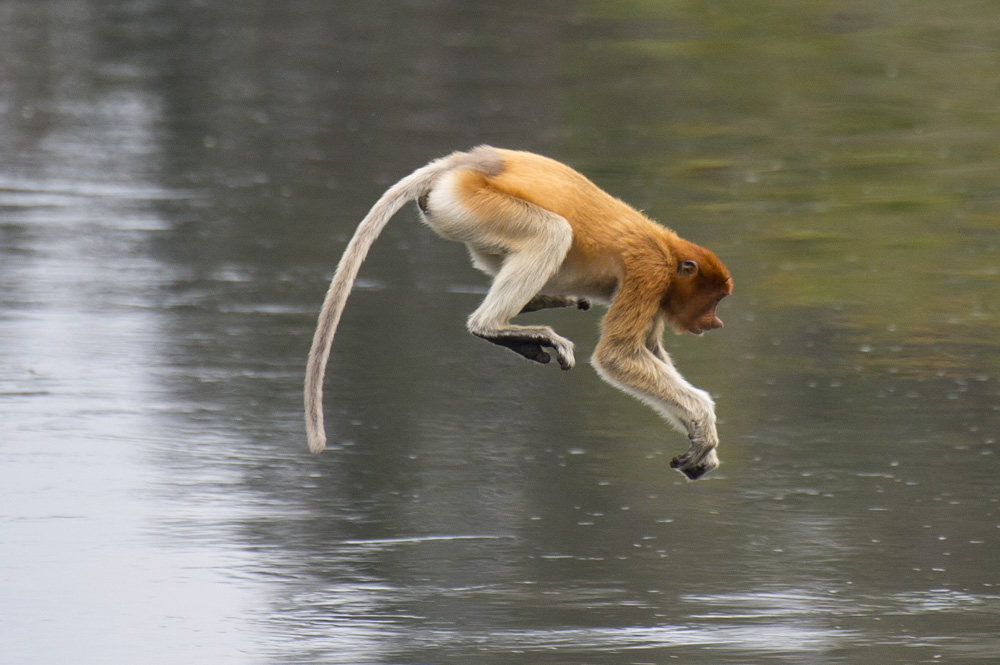 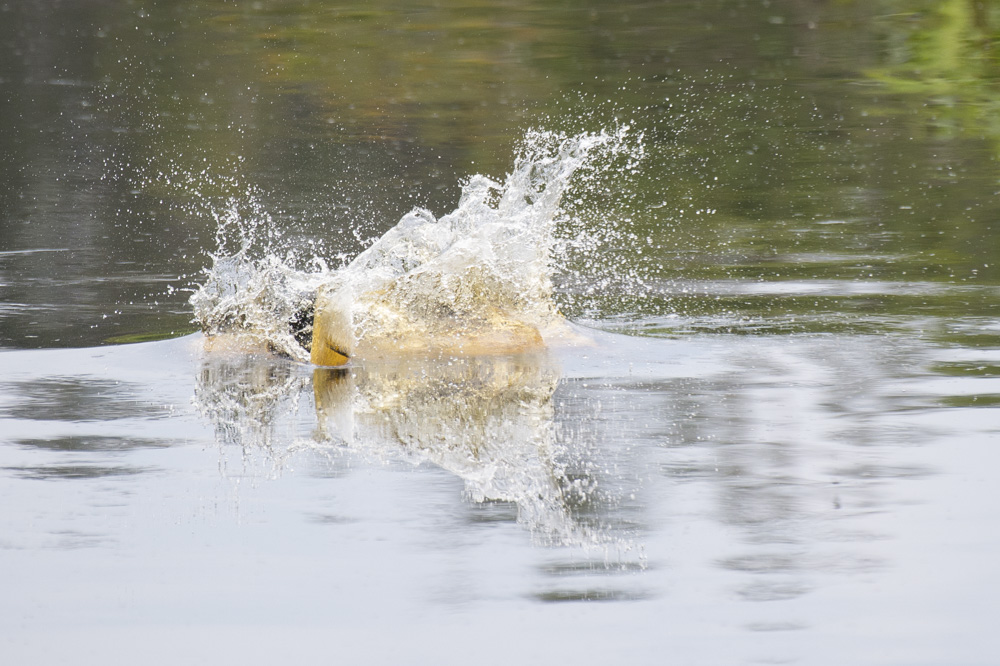