Condors rising on morning thermals are a regular feature of  the Colca canyon in Peru. Almost twice as deep as the Grand canyon, this rift is a jaw droppingly beautiful part of southern Peru and at certain times of year condors are all but guaranteed. Photos below are all from our trip there as part of my Peru photography tours.

Rainy season in this part of Peru ends in March, so from then until July is the best time to be sure of having great Condor encounters. 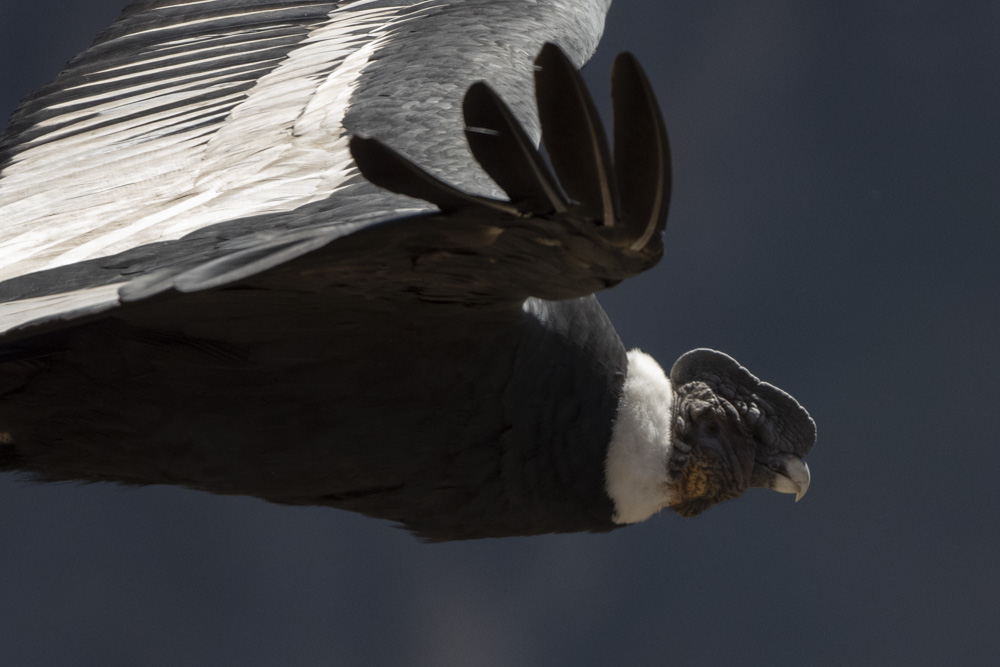 How to get to Colca Canyon

The beautiful city of Arequpa is the starting point to head into this region of Peru. There’s a couple of routes from here but choose the one that takes you up and over the high plateax as the mountains and scenary are spectactular. You’ll pass three volcanoes including fantastic views of the often bubbling Sabancaya. 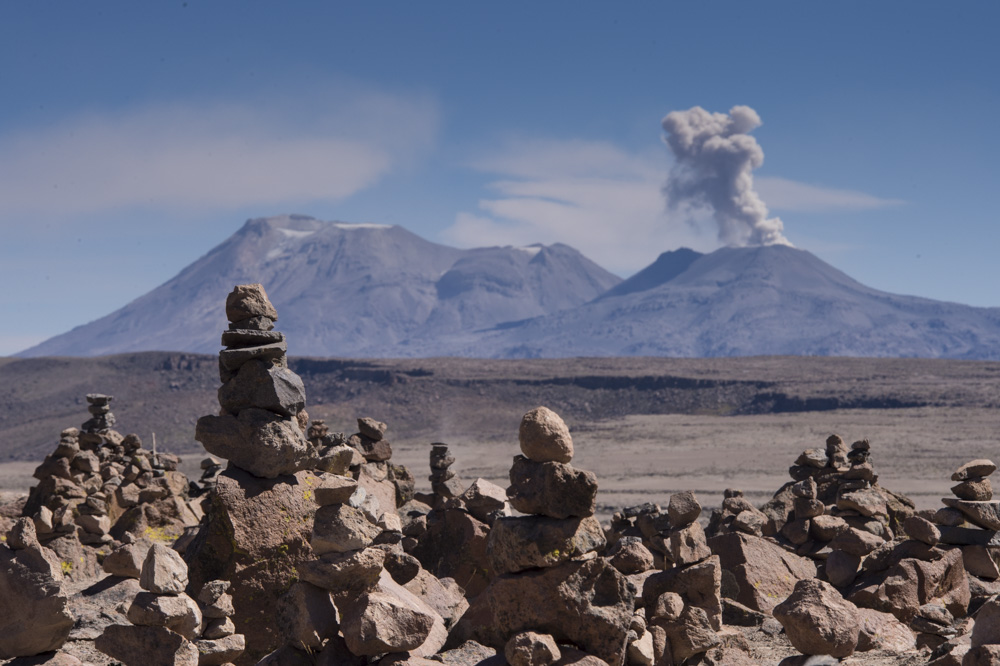 The famed viewpoint El Cruz del Condor is the best place to see the Condors. From this vantage point the river flowing through the canyon is nearly 1500 metres below. Get there early morning and take a decent extra layer as it will be very cold before the sun slants its rays into the canyon. Condors soar up on thermals like a paraglider, so as the morning warms, nature’s show will begin. It’s also a good vantage point from here to see Condors perched on rocks before the thermals start. 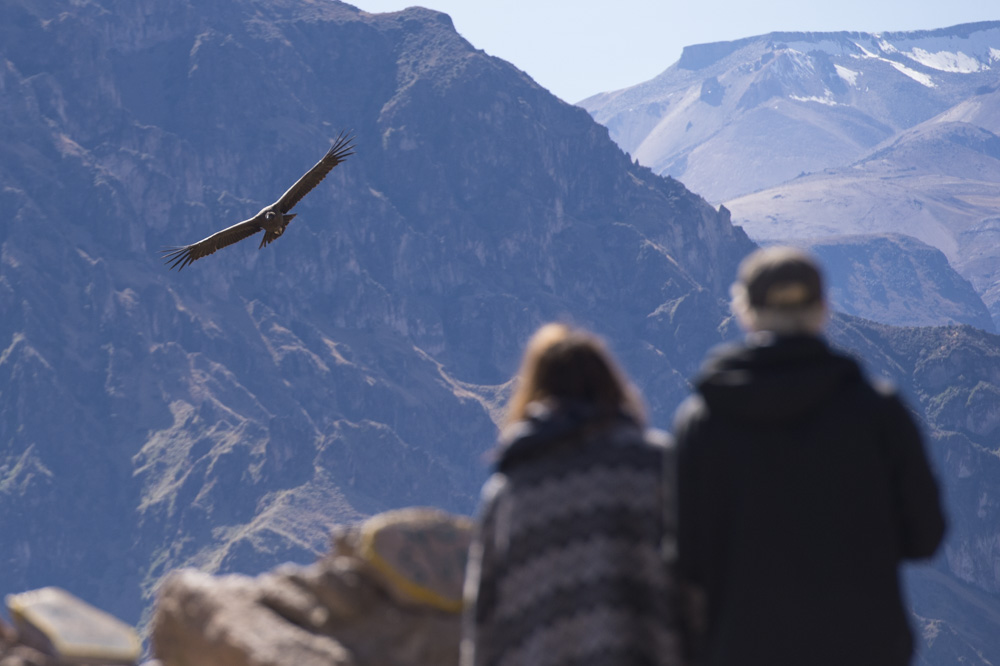 Using thermals the Condors will rise up out of the canyon and often literally soar right over your head. It’s not uncommon to see scores of Condors here on a good day. 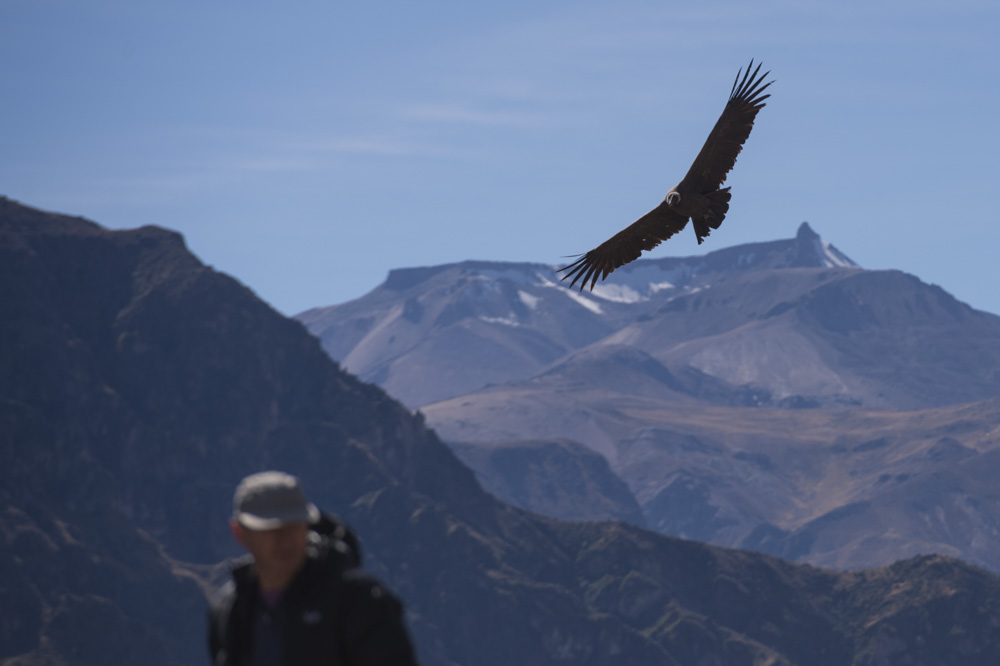 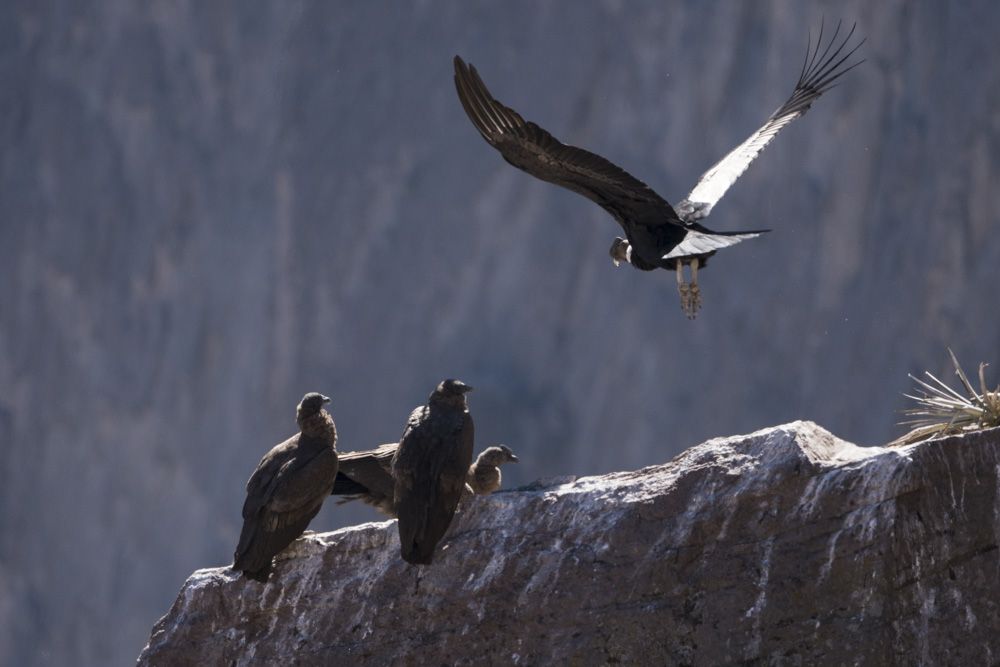 Including juveniles which are much lighter in colour.

With a wingspan of over 3 metres the Andean Condor is the largest flying bird in the world. Mature adults can weigh over 15 kilos and stand over a metre in height. This type of bulk makes flying a challenge which is why they prefer windy areas where they can use the thermals and wind to climb up to over 5000 metres high. Both sexes have the icomic bald head but males are much larger and have a white ruffle on their necks. Breeding is a slow place with the female only producing an egg every other year with an incubation period of nearly two months.  Both parents raise the chicks which stay dependent on their parents for up to a year. 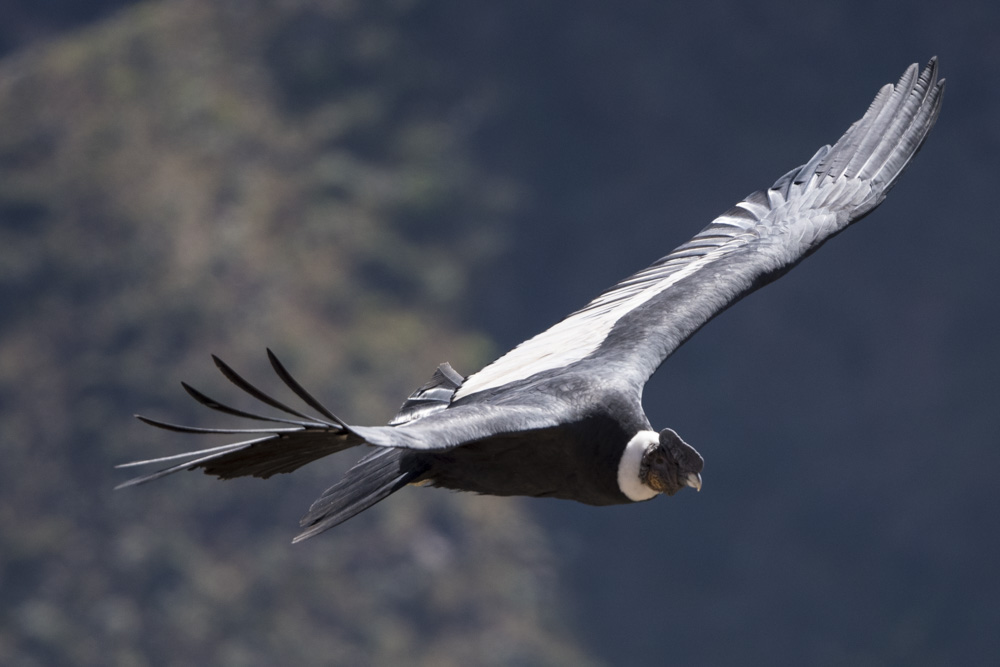 Condors live up to about 50 years and in captivity they’ve been know to make 75. 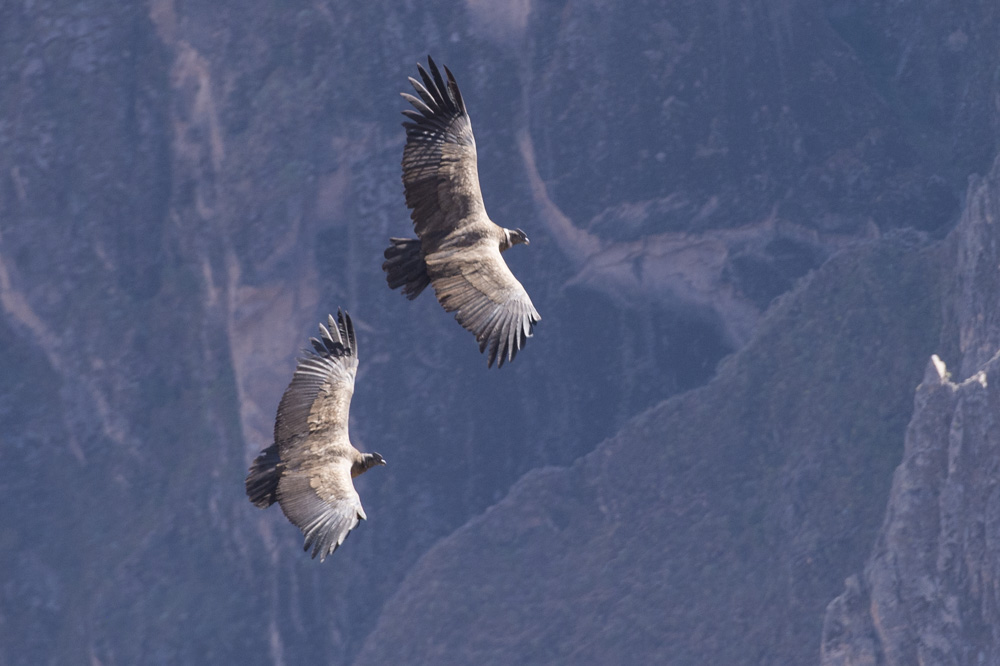 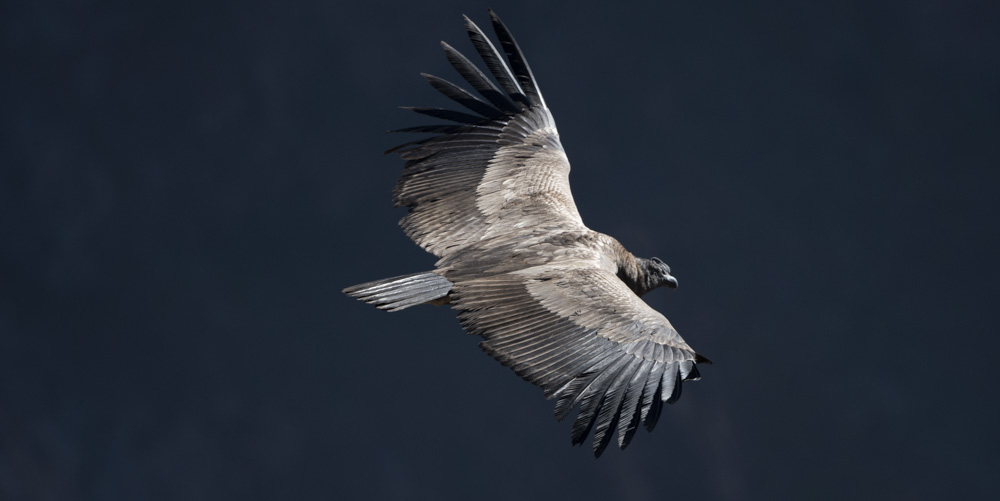 Nearly their entire diet is carrion – dead and decaying flesh – so these birds play an important role in cleaning up carcasses. 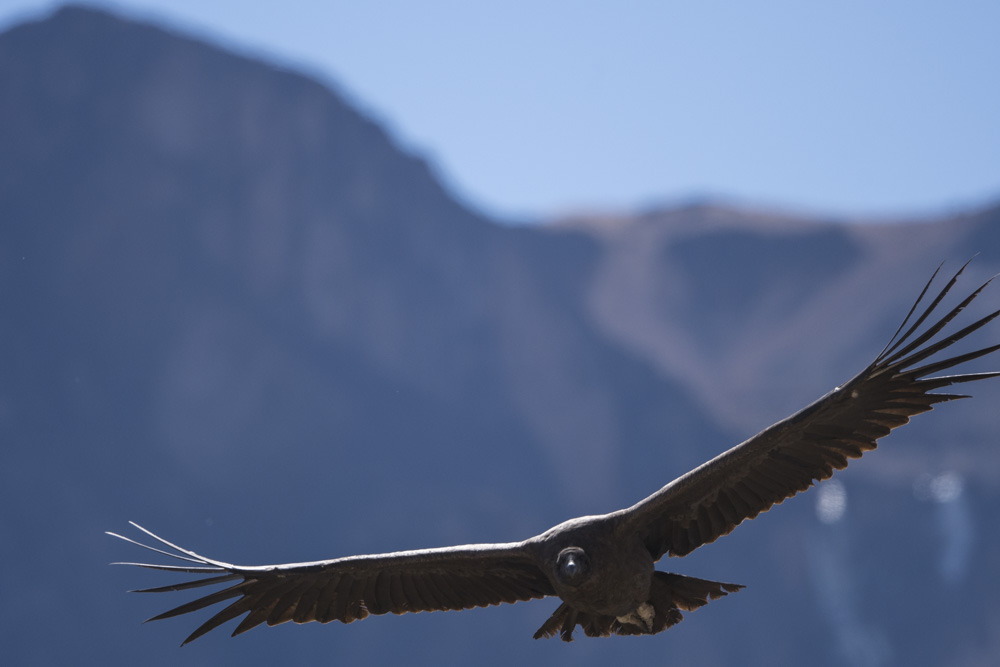 Sadly Andean Condors are near theatened on the IUCN redlist. 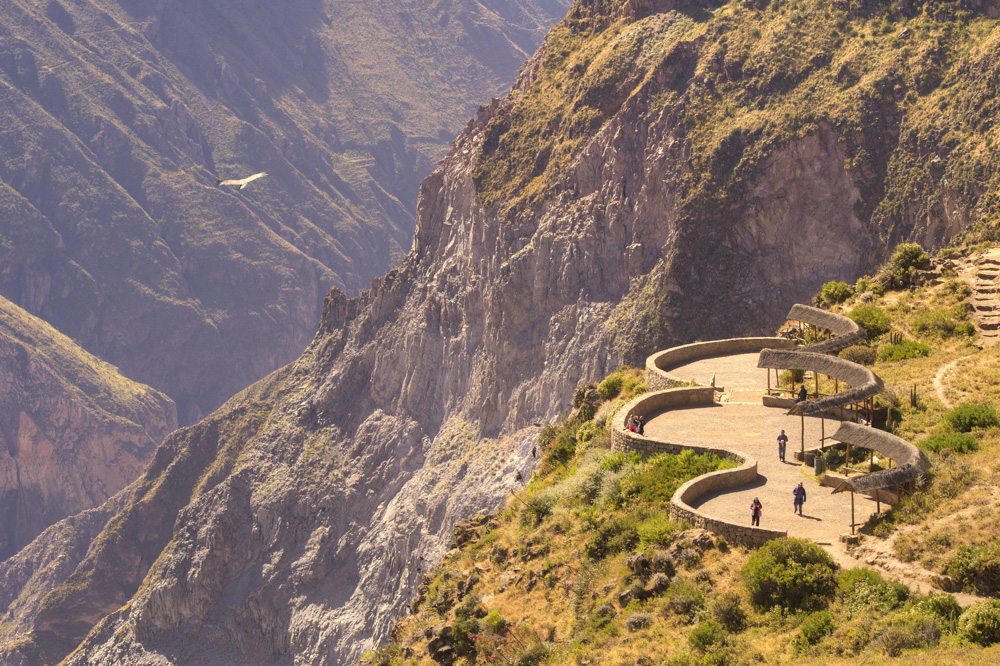