On my October 2017 Borneo orangutan Fundraising trip to Tanjung Puting National Park I hid a GoPro to try and take some unusual shots of these great apes. I thought that worse case if an orangutan found my GoPro it would sniff it and discard it as not being food. However a three year old orangutan picked it up and had other ideas. It played with it for about 40 minutes and took several hundred photos most of which were rubbish of course. But amongst these were a few keepers including some incredible orangutan selfie photos. Thanks to The Guardian newspaper and the Sun newspaper in England for covering this story along with London’s Metro newspaper. In The USA TheDodo have also featured it along with Lad Bible. I’ve been amazed at the interest in this story and it’s now been sold across the planet from Poland to  New Zealand Herald. 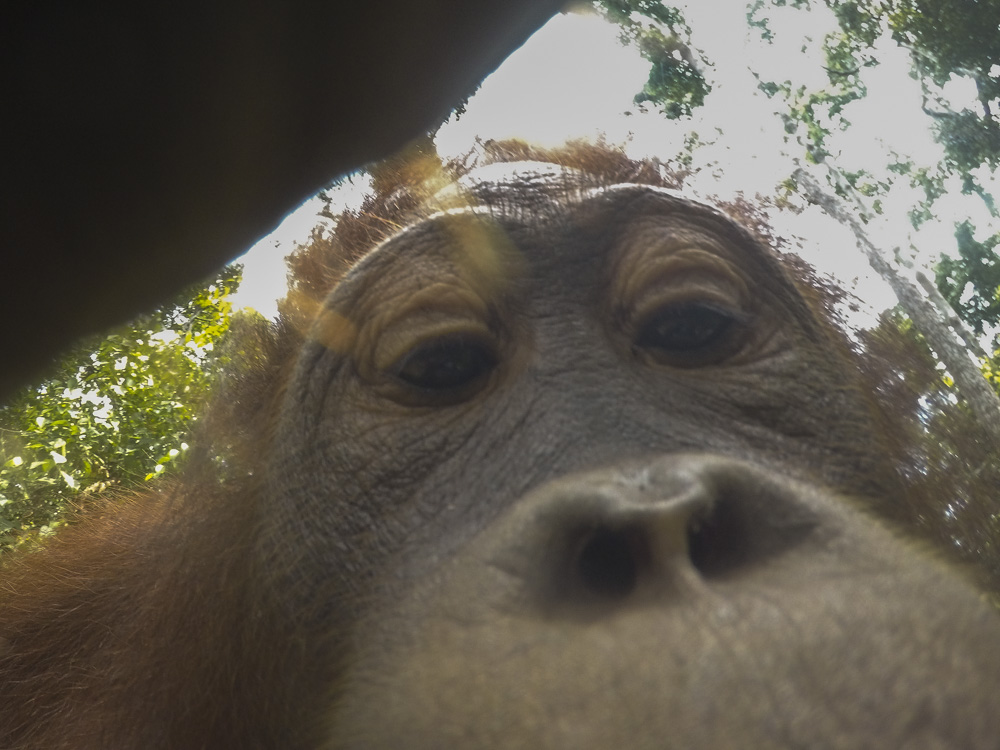 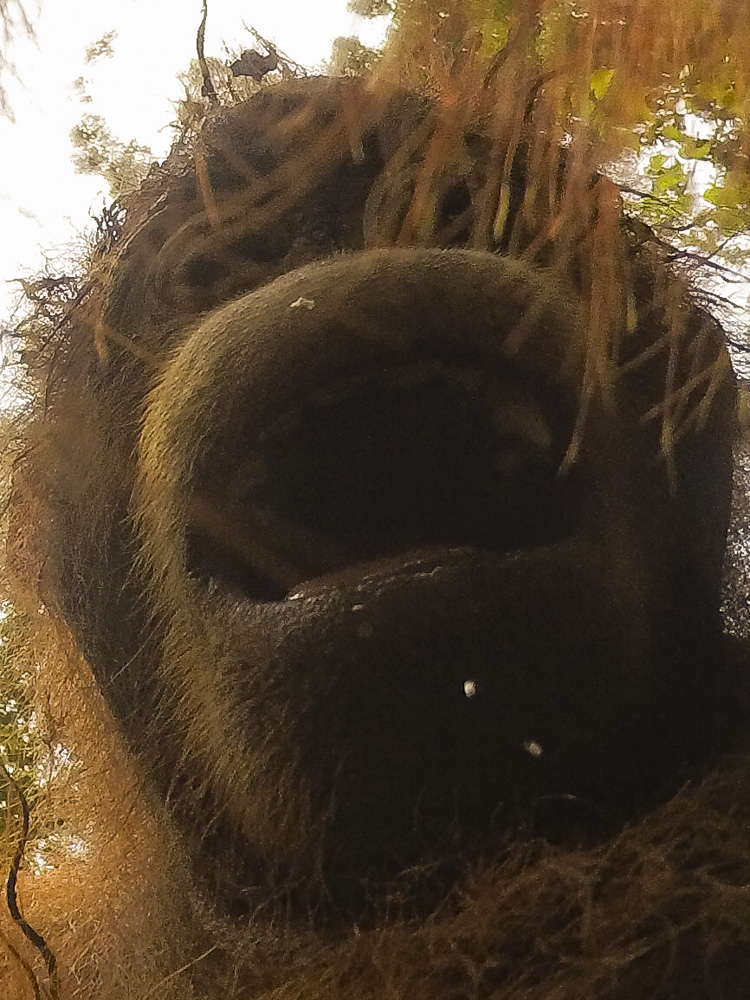 Looking more like a Muppit ? It took this orangutan selfie photo literally just before biting the screen which it cracked. 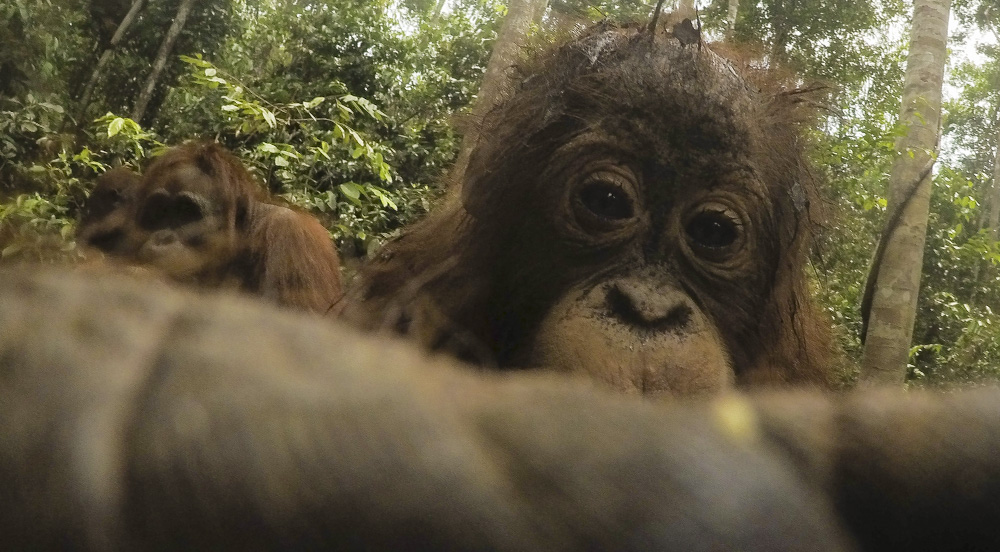 It took a few orangutan photos of its friends too. 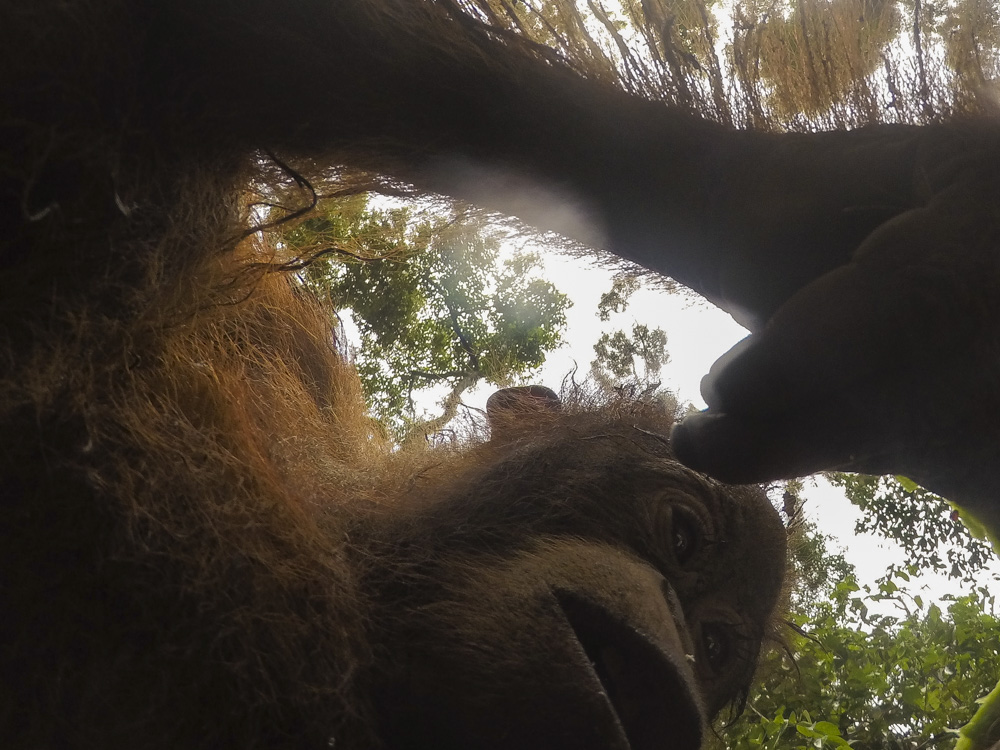 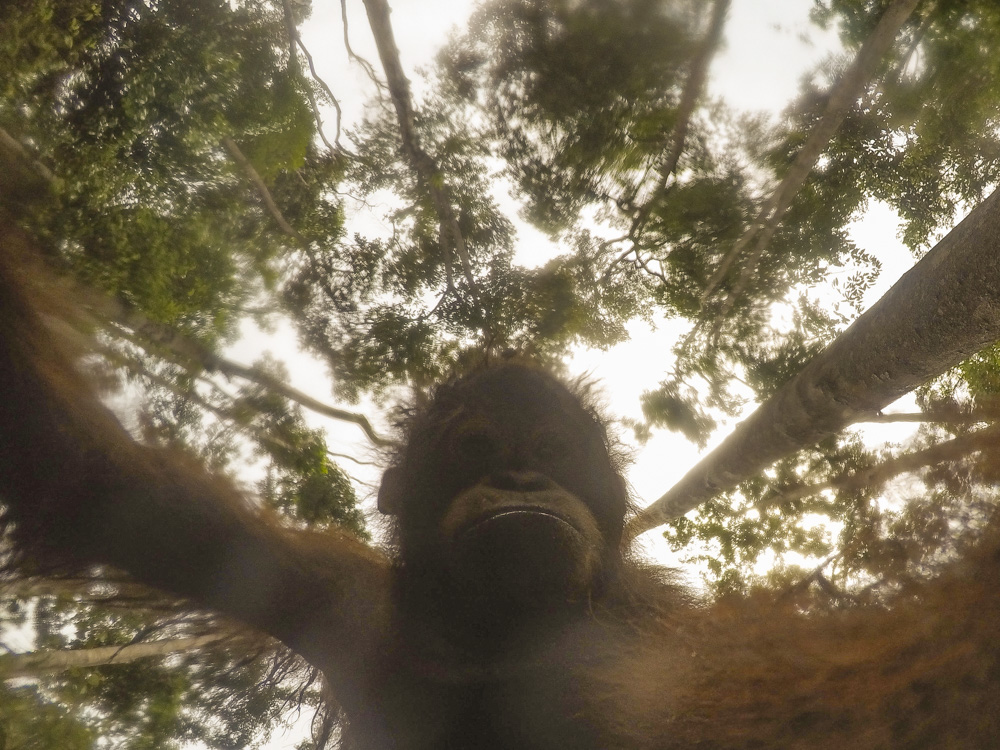