I think I’ve taken more photos during 2021 than in any other year, making it hard to choose just 12. But that’s always my aim as photographer; to try and take 1 photo each month that means something to me. 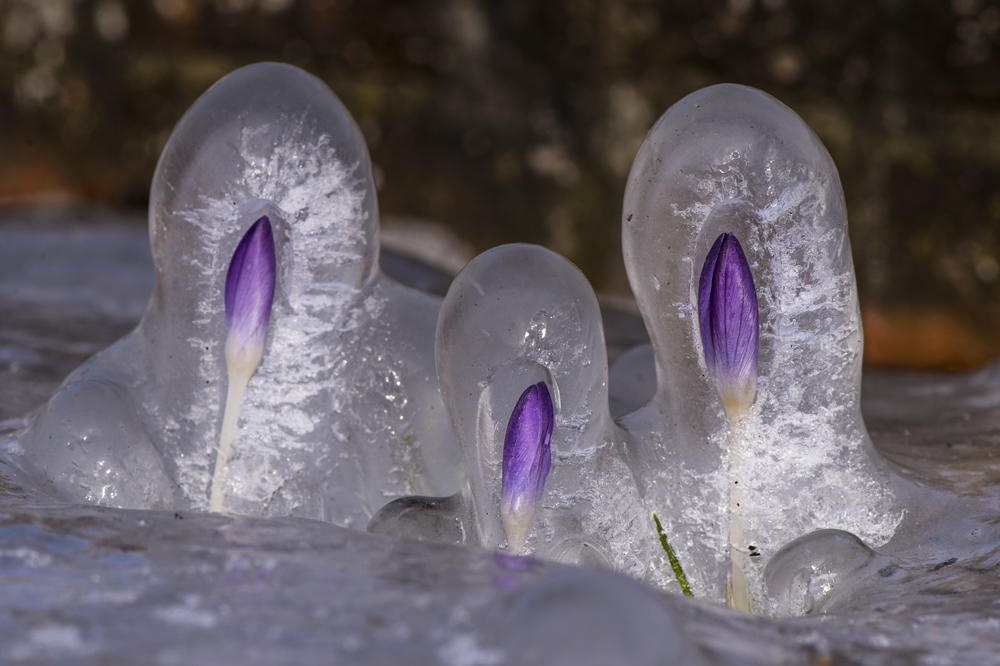 Ice ice baby. I loved the cold snap we had last January and finding these Crocuses encapsulated in their icy homes was such a treat. 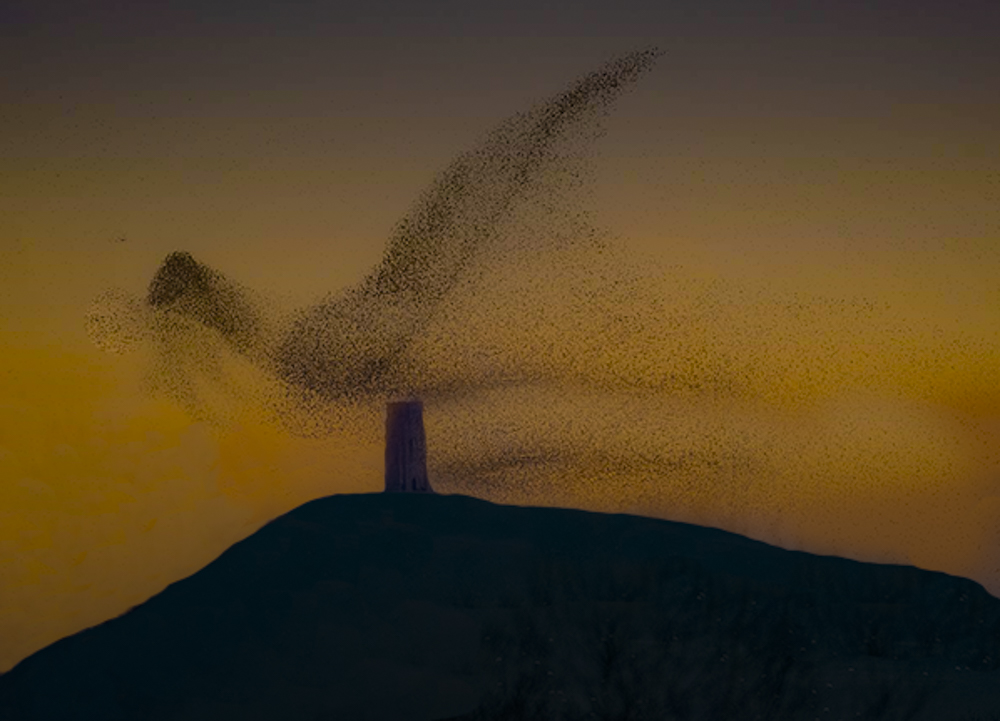 Last winter was amazing for starling murmurations and I spent a lot of time filming and photographing them in several locations in England but this one over Glastonbury Tor on a cold afternoon summed up the joy of winter for me. Below is some unusual video footage I filmed in Brighton showing the patterns these amazing birds make.

I do so love a storm and always try and find somewhere in the heart of the action when we get a particularly juicy one. Two long days in Sussex in March time getting battered by the wind and drenched by spray, were rewarded with a few shots that show the power of the ocean. 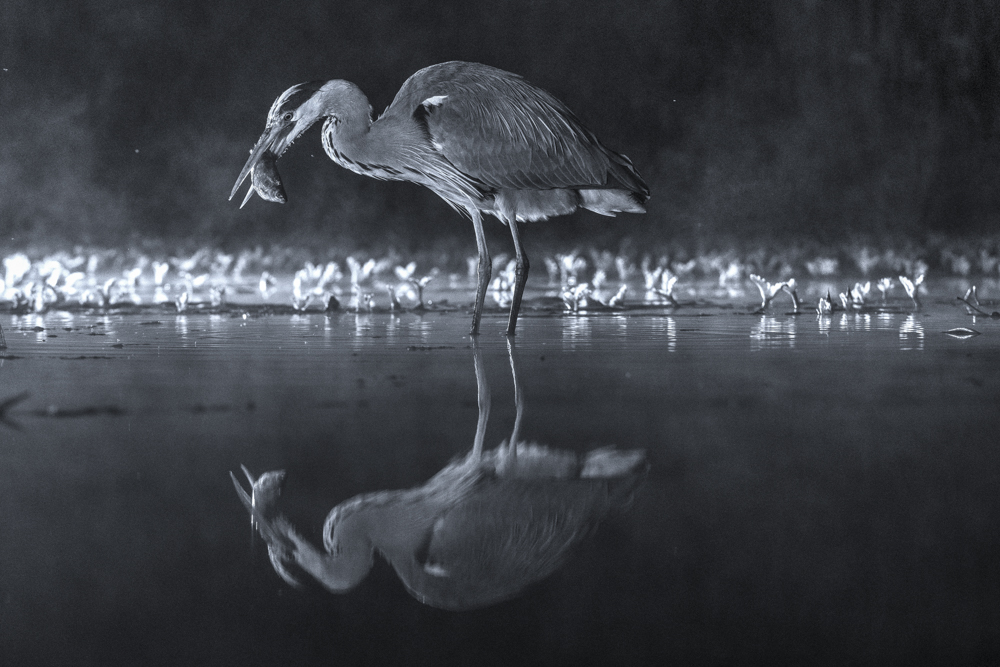 Night fishing with a grey Heron. 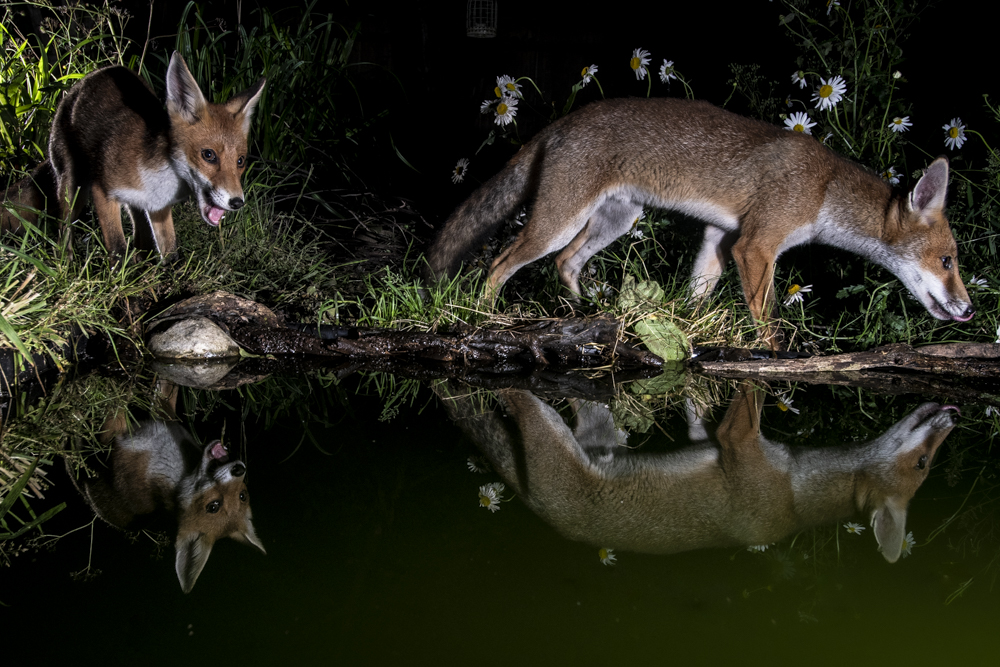 Daisy daisy. I’ve taken 1000s of photos at night of foxes and badgers this year. Here’s one of a mum and cub wandering past my watering hole in summer time. 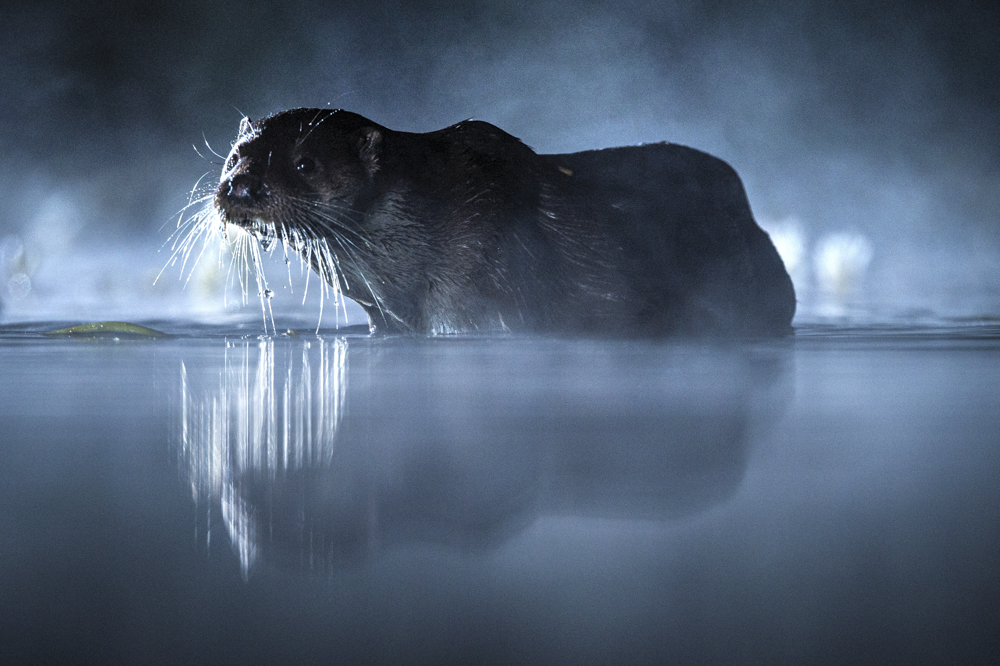 The very first time I’ve had good sightings of an Otter in England in the middle of a summer’s night. 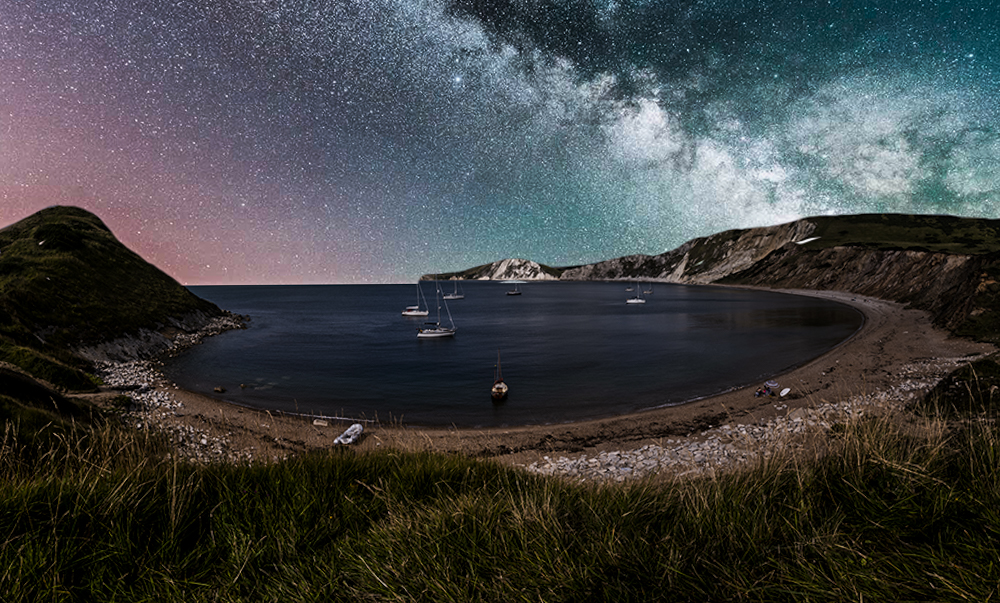 Worborrow bay in Dorset with the Milky Way 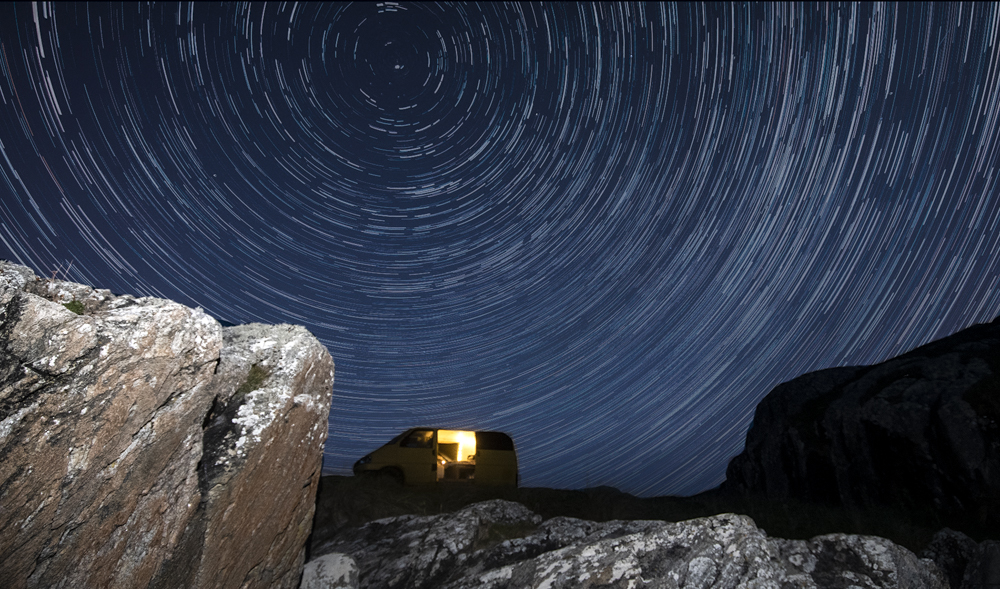 Parked up in my camper van in the Hebrides with zero light pollution. This is a 3 hour exposure showing the star trails caused by the rotation of our beautiful planet during that time. 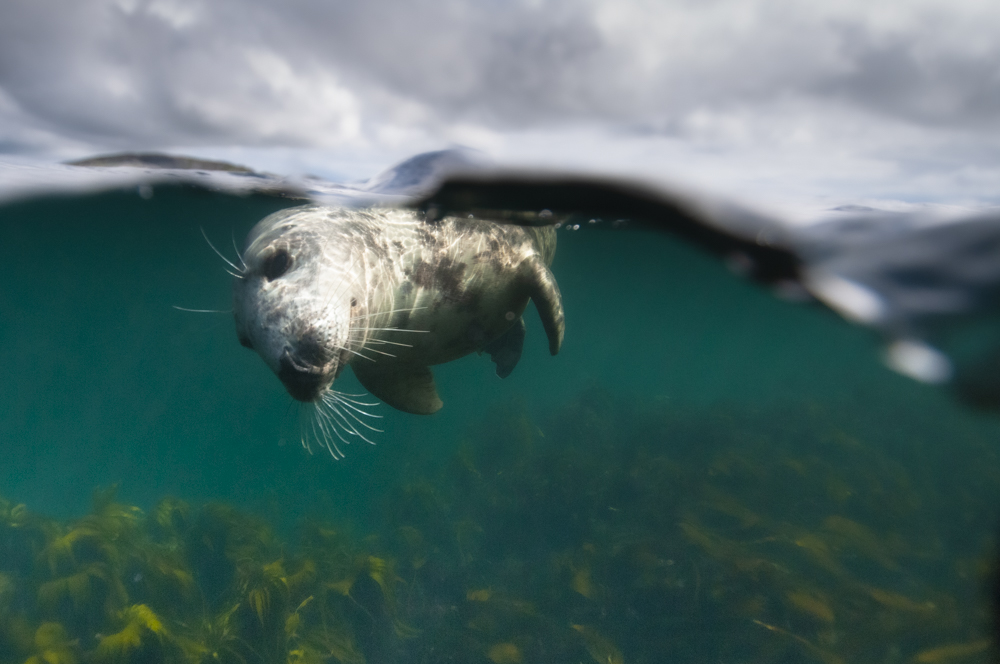 An encounter with a seal near Coll island in Scotland. There’s a few more photos of this inquisitive animal here. 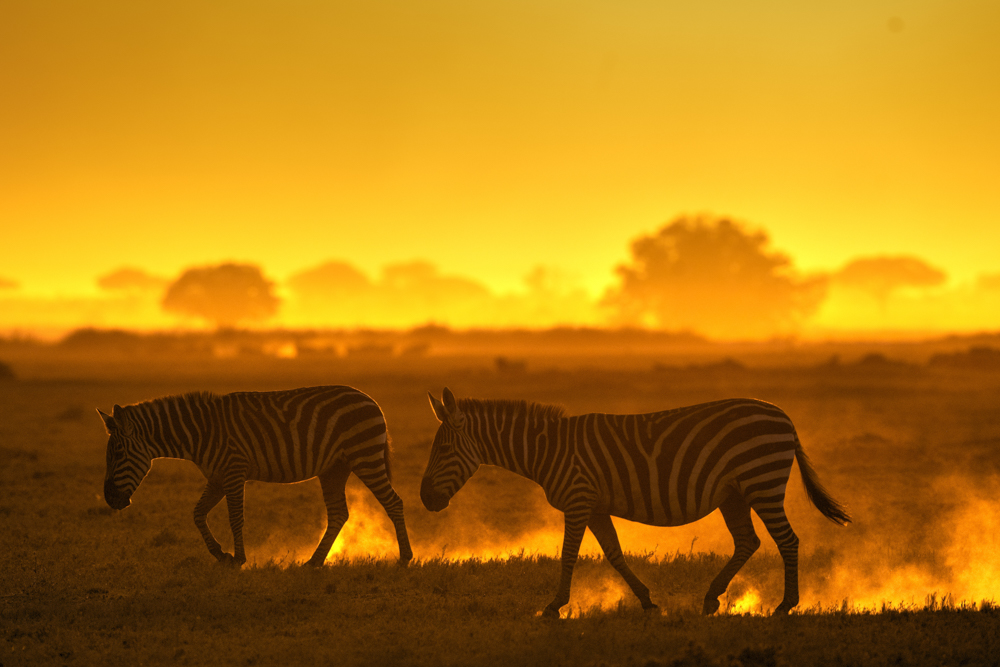 Zebras are always quite hard to photograph but we had some lovely light late afternoon in Amboselli national park, Kenya in Nov time. 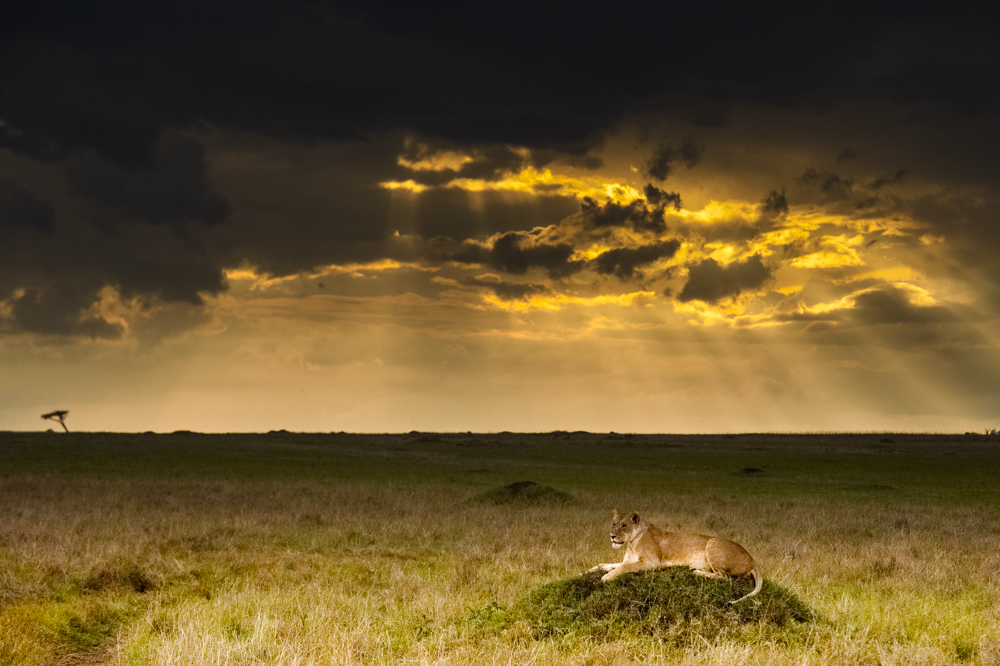 Kenya has had such a long drought this year but when I was in the Masai Mara in Nov time the rains finally arrived. There’s a few more photos from Kenya here. 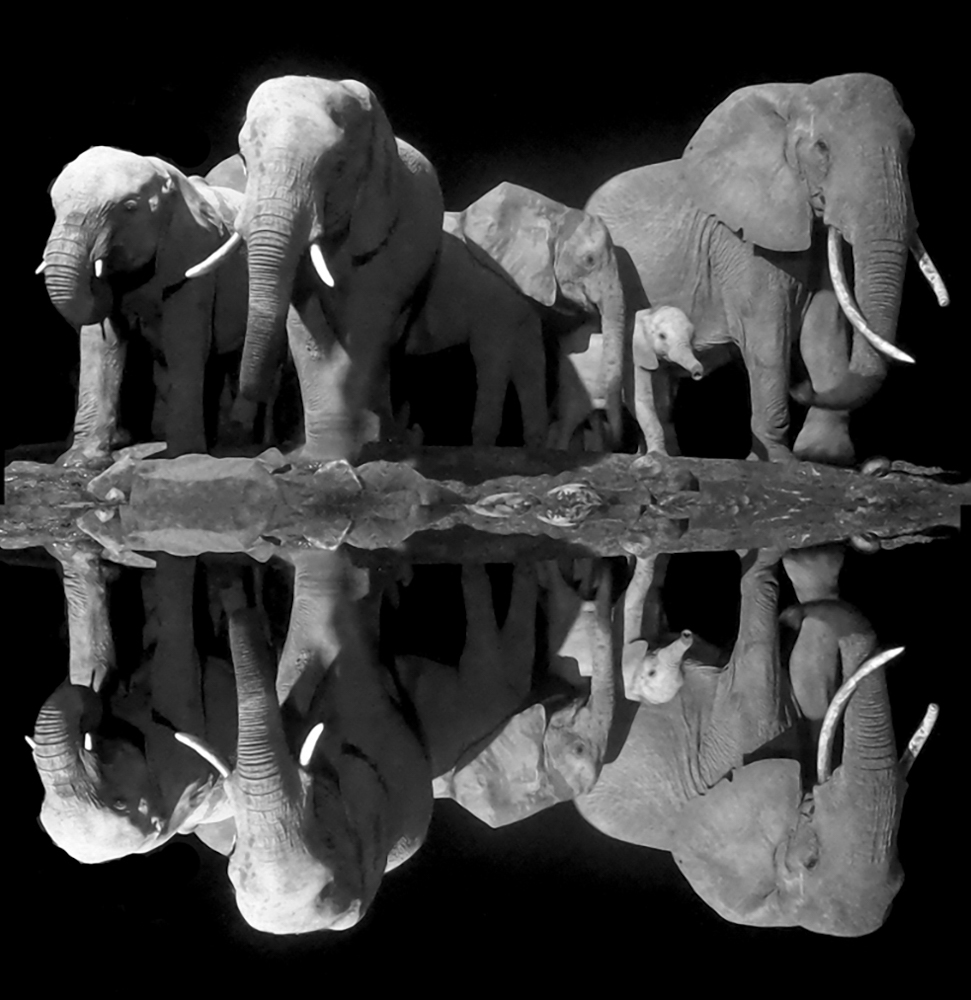 Due to Covid there were so few people in all of the national parks which meant I could spend a couple of nights watching and photographing 100s and 100s of elephants coming to drink from the watering hole where I was staying. Below is a short time lapse of some of them.